I has Lymes. No really, I do. I’m not even kidding. I believe in humor. After a decade of living with Lyme, I find it all to be so absurd and so crazy, that the best way for me to deal with it anymore is to make fun of it, at myself, the people I encounter, the treatments we put ourselves through, the doctors. Basically I find irony and humor in essentially every part. That is how I survive. This page is a JOKE. It’s meant to make you laugh but will probably piss people off. If you don’t like it, don’t read it. Need to reach me? My email is Ihaslymes@gmail.com I can’t promise to respond. I may be sleeping, shooting up an IV or having a meltdown. 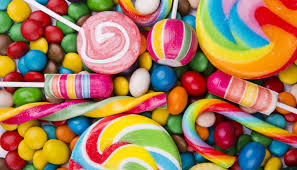 It was been brought to my attention earlier this afternoon, that the latest victim of Lyme Disease succumbed not to the disease itself but, in fact, to the ostracization and ousting from all online Lyme groups when her “friend” told everyone that she has been eating candy and carbs. The victim has asked to remain nameless but admitted that she had been regularly binging on bread made with gluten, pizza, cookies and large quantities of candy to help with her depression. When the Lyme Community learned of her self-sabotage they decided tough love was their only option and worked together to black list her from all online Lyme groups, deleting her from their Facebook pages and turning a photo of her into a meme to “teach her a lesson.” When I reached out to the bullied victim her only response was “Fuck Lyme. Fuck those crazy Lyme groups. If I’m going to die, I’m going to do it in my way. In a sugar coma, fat and fucking happy.” The last time anyone saw her was over 72 hours ago, picking skittles out of the bottom of her purse and rubbing raw pizza dough all over her body.

One thought on “Lyme Victim ousted for Carbs and Candy”